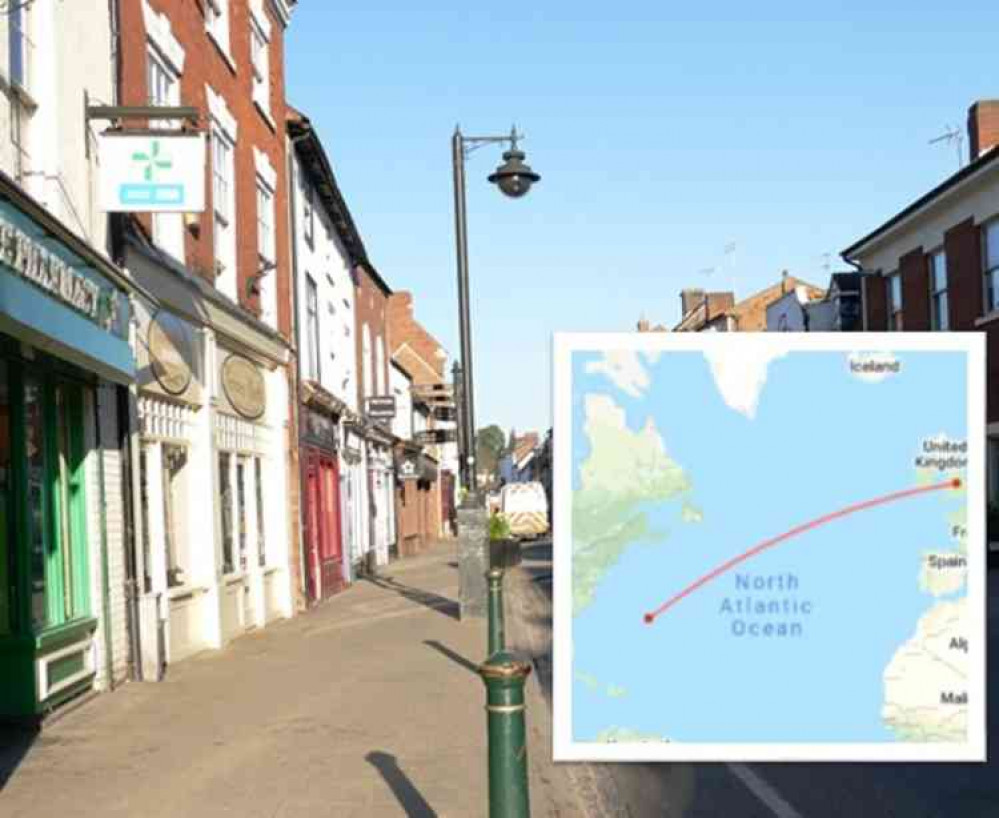 Across the miles: Atherstone and British island territory Bermuda

LANDLOCKED Atherstone seems a world away from the pink-coloured, sun-kissed beaches of the British island territory of Bermuda in the North Atlantic.

In distance it's 3,400 miles away and geographical terms has no correlation – but its population and one other crucial statistic connected with the current plague on Planet Earth brings us a lot closer.

Bermuda (not the one in neighbouring Nuneaton) has 63,968 inhabitants – a striking similarity to the borough of North Warwickshire – and has seen five deaths in its 109 recorded cases of coronavirus.

Its cases-per-million population figure equates to 1,750.

Atherstone does not have an individual figure for either its cases or deaths.

Nub News has revealed three tragedies already in the Atherstone and district area since the first case was reported at Atherstone Surgery on March 9 which saw two doctors and an administrator having to self isolate.

Sixty-four-year-old weekend wedding photographer and retired 3M worker Roy Allitt was the first death recorded by us, followed by another Atherstone legend, Brian 'Cunner' Cadman, and this last week we heard of the brave family of Dave Powell, coming to terms with his passing "in four days" from the killer bug.

There may well be more but to bring the number in line with Bermuda's total, we have just heard news of two sisters from Kingsbury who lost their lives within 24 hours of one another – one on Friday and the second yesterday.

As of Friday, Atherstone's main hospital – the George Eliot – reportedly recorded 59 deaths since the start of the pandemic covering the populations of Nuneaton, Bedworth and North Warwickshire

The authorities do not have an individual figure for the number of cases in each town and village in Warwickshire but the county total has just passed the 1,000 mark – the 1,008 known cases coming at a rate of 1,765 cases per million population.

That total is currently the 91st highest rate in England with the UK figure standing worryingly higher at 2,186 CPMP.

We can only speculate the number of cases the Atherstone Nub News circulation area may have had.

At the beginning of the month data gathered by a new specially-designed symptom tracking app suggested there were currently 1.9 million people aged 20-69 in the UK who had symptomatic Covid-19.

According to researchers, the preliminary data showed wide variation across the UK, with hotspots of the disease including major cities like Birmingham, London, Liverpool, Manchester, Glasgow, and Belfast – and since then Kent has topped the upper tier local authority table for the number of confirmed cases.

The app has been developed by a King's College London team in association with the Guy's and St Thomas' NHS Foundation Trust, NIHR Biomedical Research Centre and healthcare start-up ZOE Global Limited.

Nub News did a guesstimate based on the UK population of 66.4 million and North Warwickshire's of around 64,000. The result was a percentage of the 42,000 people in the borough aged between 20 and 69 and then related that to Atherstone and district.

The resulting calculation was an Atherstone Nub News population of 588 with symptomatic Covid-19 as of April 3.

Warwickshire breaking the 1,000 barrier was one of a number of grim milestones in terms of statistics on a particularly bad last 24 hours for the world in the fight against Covid-19.

On top of Warwickshire reaching the 1,000 case mark, the UK passed the 20,000 tally for hospital deaths and is close to the 150,000 marker for cases. The world has just passed the 200,000 mark for lost lives in the pandemic and will soon hit the THREE million total for recorded cases.

Despite the authorities indicating a possible peaking of numbers, Nub News can reveal that in the last three weeks the UK death toll has risen by 16,006 – with 80 per cent of the current time frame is 762 deaths a day.

Leading scientist have warned the number of new cases of Covid-19 being diagnosed is still much too high to allow any easing of the lockdown soon.

Professor John Edmunds, a member of the government's Sage group of Covid-19 experts, said if the lockdown was eased now, the newly enhanced testing and contact tracing system being put in place would be "overwhelmed", adding: "We will have to get case numbers down a lot lower than they are now before we can think of lifting current regulations."

Professor Keith Neal of Nottingham University agreed, adding: "This daily figure peaked on 5 April with 5,903 cases. This Saturday it stood at 3,583."

The latter figure was boosted by an extra 1,330 new cases of infected care and health workers, which brought Saturday's overall total to 4,913.

Prof Neal said: "It has therefore taken three weeks for numbers of hospitalised Covid-19 patients to decline from a daily total of 5,903 to 3,641."

Meanwhile, the Government has ordered 50million new coronavirus immunity tests that are hoped to be a "game-changing" development in the fight against the pandemic.

It is hoped it will allow people to work out if they are safe from the virus when the pinprick tests are rolled out in June.

In the meantime, the British Medical Association believes all members of the public to cover their mouths and noses when going outside.

Dr Chaand Nagpaul, chairman of the BMA council, said all key workers outside of the NHS should be provided with suitable face coverings.

"Common sense tells you that a barrier between people must offer a level of protection, however small," Dr Nagpaul said.

Invitation to Atherstone families: Enjoy Sloth Sunday and laze your way round a 'live' outing to Twycross Zoo

As PM emerges from his brush with Covid killer, Atherstone asks: If you were in charge, how many lives would you be prepared to sacrifice for the country to return to normal economic activity by easing lockdown